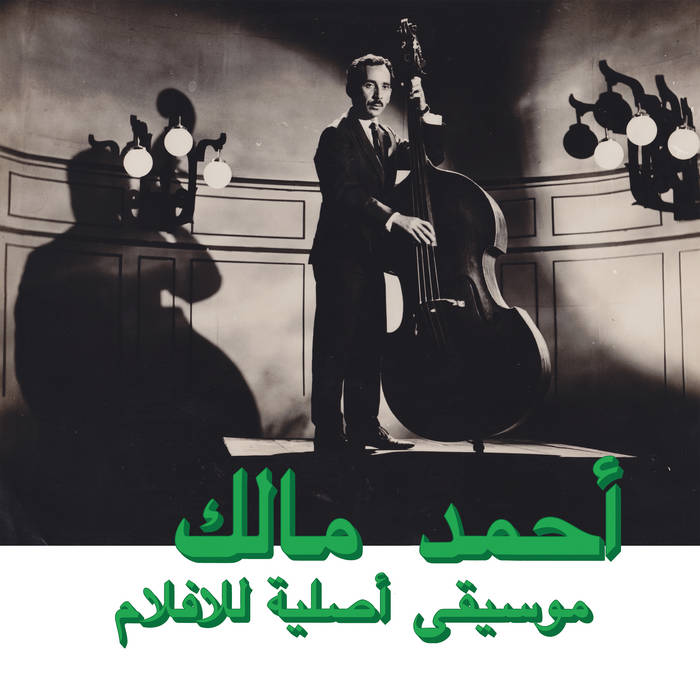 Senba Felt in love with the first track, then with the whole compilation Favorite track: Omar Gatlatou (unreleased longer version).

Douglas Hansen There is no one who did it like Ahmed. This album is joyous, sophisticated, languid, conversational, melancholy all at once. Truly great and unique music that should not be forgotten! Favorite track: La Silence des Cendres.

I still remember the first time I heard Ahmed Malek. It was 2012. Back then I didn’t know much about Arabic music, but I was about to leave Berlin for a couple of weeks to go to Tunisia. I was working as a project manager for a music recoding session which ended up being released by Jakarta Records as the “Sawtuha” release. I knew I would have some time off during my stay and I was certain that I would dedicate some of this time to diggin. I asked some people whether they knew of any titles that I should look for. Roskow, who also ended up re-mastering this release, told me about an Algerian composer called Ahmed Malek whose music was also released in Tunisia.

Fast forward three years: Arabic records have become my number one hobby and luckily I got my hands on a copy of Ahmed Malek’s “Musique Originale De Films” album. I already knew some of the tracks but listening to the music the way it was originally released, and not as a crappy Youtube version, made me fall in love with Malek’s compositions all the more. It manages to create this very special mood: melancholic and reflective, emotional and touching, but never depressing. Even without having seen any of the pictures created for this, it immediately brings visuals to one’s imagination.

Around that time I became captivated with the idea of reissuing some of Ahmed Malek’s music. I knew some people had tried to locate his family but, but with no success. In the end it was an incredible amount of luck that made it possible for you to read these words and listen to this record. I had a DJ gig in Beirut playing old Arabic records and I mentioned my passion for Ahmed Malek’s music to a friend. She said she knew one person in Algier, and as much as it would be a shot in the dark, she could ask her if she had an idea of how to find Malek’s family. Two weeks went by before I heard back, and what I got was incredibly good news. Her Algerian friend was the neighbor of Ahmed Malek’s daughter! I’m not a spiritual person, but it felt like the universe wanted to see this release happen.

I started to speak with Henya, Ahmed Malek’s daughter and she was more then happy with our idea. She assured us that her father would have loved the plan as well. She provided us with tons of awesome material, from great photos, to unseen video footage and unreleased tracks; she also told us more about her father’s life:

Ahmed Malek was born on March, 6th 1932 at Bordj El Kiffan, Algiers. He was the oldest son of a family of 3 brothers and one sister. He went to work at a young age in factories to help his father to raise the family. His mother died when he was 12. It was then that decided he wanted to become a musician, and after graduating school he studied at the Algerian Conservatory. He gained recognition for his craft from an early stage and won several prizes and medals nationally and internationally (The "Premier grand prix des arts et des lettres de la composition" in 1972, the golden medal at the "Panafrican Festival" in 1976, and the "Prix du mérite national pour la composition musicale" in 1987). He was the conductor of the "Algerian Television Orchestra“ for many decades and represented his country at international events such as the Expo In Japan, Canada, Cuba and Spain. During his time as an active composer he wrote the music for dozens of movies, television shows and documentaries. Then, in the late 90’s, his health deteriorated. He passed on the 24th of July, 2008, at his home in El Mouradio, Algiers.