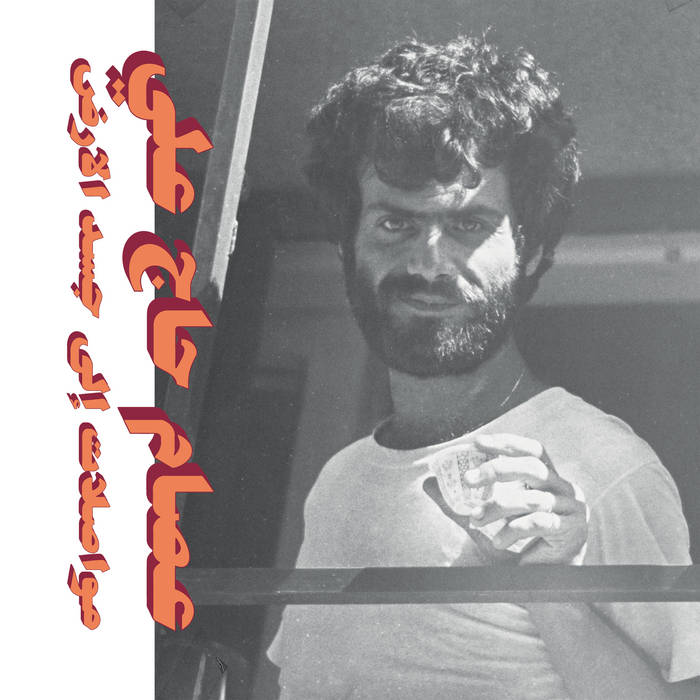 The completely unknown debut album of Issam Hajali (Ferkat Al Ard) fuses jazz and folk with Arabic and Iranian influences into unique beauty. Originally released in a limited run of 75 cassette tape copies.
Issam Hajali might be most known for being the singer and main composer of the Lebanese band Ferkat Al Ard. While they recorded 3 albums only their classic „Oghneya“ release saw a vinyl release and is probably the most in demand record in the Lebanese record collector scene (A copy changed hands in Beirut this year for 5000$). Before the band came together Issam recorded a debut album called "Mouasalat Ila Jacad El Ard" in 1977 in Paris, most likely in May or June. Issam Hajali had to leave Lebanon after the Syrian intervention for political reasons and spent one year in exile in France. At this time he could only afford one studio day to record the whole project together with a band compromised of some musicians from France, one from Algeria, one from Iran and a friend from Beirut called Roger Fahr, whom had left Lebanon around the same time. While you can hear the musical roots of what later became Ferkat Al Ard in "Mouasalat Ila Jacad El Ard", the album also differs from Issam’s later recordings. "It’s more of just me, whereas the sound of the band was more of a group effort", he recalls. Melancholic stripped-down, guitar-based folk is followed by jazz-fused breaks and every here and there that unique sound of the santour glistening through. While the music is very accessible, some song structures are rather atypical neglecting the common patterns of verse, hook, verse, hook. The lyrics mostly trace back to the poetic work of Palestinian author Samih El Kasem with one song also written by Issam, who composed the music for all of them. In late 1977 Issam could return to Beirut and took the not yet released album back with him. He could only afford to spend a short time in the studio, just to add little bits and pieces like percussion to finish an album that still felt unfinished to him. Even back in Beirut his economic situation was complicated, and it was impossible to find a label which was still operating under the circumstances of war. So, he started dubbing the tapes himself and producing black and white copies at the corner store. Most of the copies of the album were sold or given to friends. One record shop had them on the shelves on a commission basis. But as the shop owner was no fan of the music, she did little to sell them, hiding the tapes behind other releases. Eventually one of those tapes fell into the hands of Ziad Rahbani, Fairuz's son and a Lebanese musical institution in his own right. Ziad liked the music a lot and used to play on most of Ferkat Al Ard’s releases. And Issam also played on some of Ziad’s recordings and sessions. Nevertheless, the album was never known outside a very small scene of like-minded individuals and musicians of late 1970s Beirut. Issam is fairly certain that less than 100 copies of the tape were made back then in total and he only managed to hang onto one copy himself, from which this recording was made.