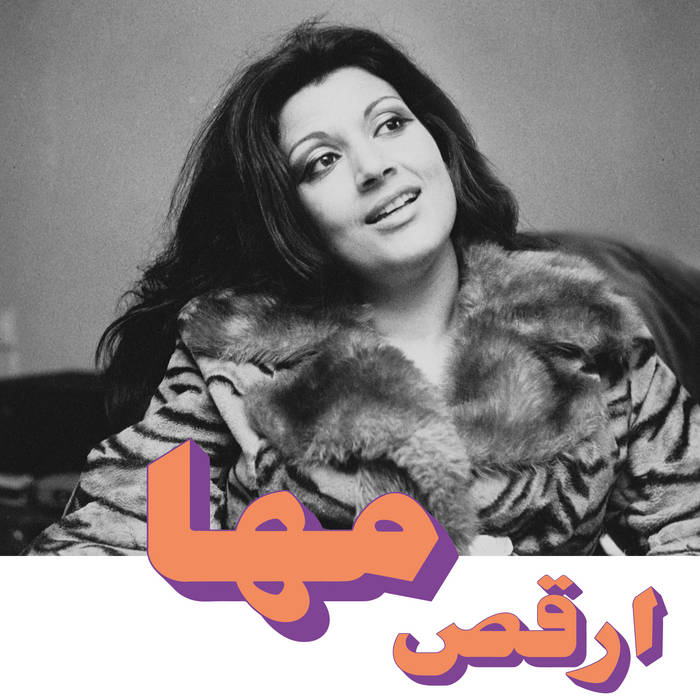 Andreas Krüger excellent - love it from beginning to end. Destined to become one of my favorite @Habibi_Funk releases (& that’s a high benchmark).

& the fact that I think that I hear a slight Egyptian echo of the synths from Jeff Wayne’s „War of the Worlds” on “Law Affeina El Ard” only adds to the fun!

The arrival of the cassette age was a turning point in the music industry all over the world. Manufacturing a vinyl record was a time-consuming process, as well logistically and financially a barrier of entry for many. This soon led to a proliferation of smaller acts and record labels dedicated to a particular sound without the barriers present in making vinyl.

At the same time, in Egypt in the 1970’s and early 1980’s, a new generation of musicians and composers made their way into the scene. Hany Shenoda, Mohamed Mounir, Magdy El Hossainy, Omar Korshid, Salah Ragab and Hamid El Shaeri are some names that come to mind. They all made very different music compared to one another but what connected them was their desire to add something fresh and new to what was perceived as the widely monophonic musical traditions of Egypt. Many built their sounds on a combination of their own musical upbringing with influences coming from the outside. The success of these projects varied but for each one of these artists there were numerous lesser-known bands and singers. A lot of these often-short-lived projects would release their music on cassette on tiny labels.

Maha’s “Orkos” album fits this category, and it’s fair to say that it was not a success when it was originally released in 1979 by Sout El Hob. While nobody remembers the exact numbers, sales must have been very limited and the project was quickly forgotten about and no follow up release was produced.

Some years ago, we had released “Al Massrieen,” music which is the passion project of their composer, Hany Shenoda. Most of the music of this band was released by the Sout El Hob label and after our reissue they were happy with the extra visibility allowed us access to their back catalogue to assess whether there might be more projects we might be interested in. Maha’s “Orkos” was immediately a stand out album. A strong and energetic voice equally grounded in jazz as well as Egyptian vocal traditions, singing over instrumentals that offer a very wide range: from the funk sounds of “Law Laffeina El Ard” excursions into Latin music in “Orkos,” to the moody mellow sounds of “We Mesheet.” Nobody at the label really remembered much about the release or Maha herself. At the same time, we knew that this was an album we wanted to turn into a re-release.

While we could license the music from Sout El Hob, we didn’t want to commit to this project without the blessings and involvement by the woman who created it. We called her in late 2021 and she was clearly surprised to have someone call about music she recorded more than 40 years ago. But she also seemed interested in the idea to bring her music back to people’s attention and so the next time we were in Cairo we planned to meet. A few weeks later we were speaking with our friend Moataz, who runs the Disco Arabesquo project and showed him this great new album we found and to our surprise he knew the album, since having found a tape copy of it a year or two ago in Cairo. Thus, it was an obvious decision to team up for a collaboration for this project.

Upon meeting, she told us about how her brother got her introduced to music, and how she played with various bands, including Salah Ragab’s “Cairo Jazz Band”. She also told us how, in the mid 1980’s, she decided to leave music behind for a different life. But she also discussed the struggles and challenges of a woman trying to make it in the music industry. Luckily, she kept a great collection of old photos and she even had a spare copy of the promotional poster made for her release. We explained our vision to her and the idea behind making her music available again. She approved and was happy to share her story to provide valuable information and contextualization, found in the booklet accompanying the vinyl and CD release.

In collaboration with Disco Arabesquo.